Meet Chris Hillman, Rock & Roll Hall of Famer, Original Member of the Byrds and Humble Servant of Our Lord 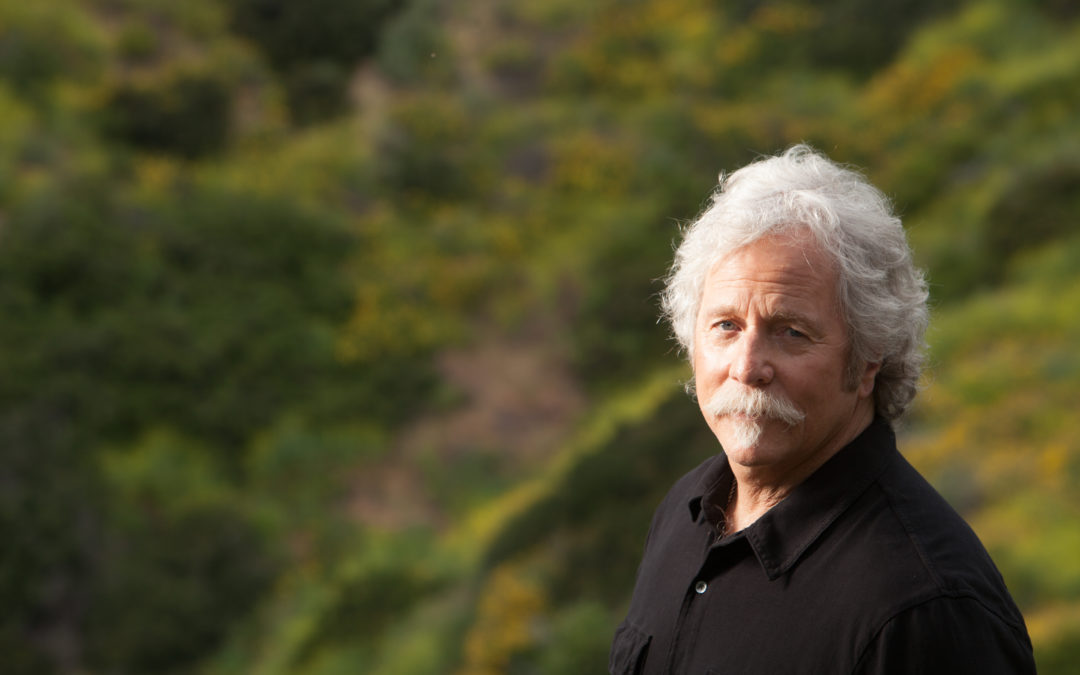 Most everyone of a certain age knows of Chris Hillman, though they may not know his name. An accomplished musician early in life, he was an original member of the Byrds, along with Roger McGuinn, Gene Clark, David Crosby and Michael Clarke, as the band invented the folk-rock genre. He played bass, an instrument he never played before. His roots were in bluegrass where he specialized in Mandolin and guitar.

Chris then established himself as a pioneer in the new genre of country rock, which began with the Byrds’ Sweetheart of the Rodeo album in 1968. He continued developing the sound with The Flying Burrito Brothers, Manassas and the Souther, Hillman and Furay band.

You can learn all about his musical journey here in the extemporaneous talk he gave at the Library of Congress.  As a public speaker myself, I was wowed by his solo performance– without notes!

But it is Chris’ faith journey that interests us and what he most generously agreed to share.  When I complemented him on that hour-long talk, he modestly said “I worked on that a lot. It was the first time I did anything like it.”

That tells you a lot about the man Chris Hillman is: a humble, honest and earnest man who has important things to share with others, including his faith.

His father was Jewish, but didn’t follow the Jewish religion. “When my little sister was 10, she asked my dad to take her to the synagogue to see what it was like and he said no. That was a bit confusing for us all,” he says.

Chris says his father was a good decent man, but fell victim to his own shortcomings and committed suicide when Chris was 16. “He had nowhere to turn, no minister, priest or rabbi,” Chris shares.

It left the family in financial ruin. Chris along with his mother and sister moved from their ranch in San Diego County, California to Los Angeles where Chris was able to get a job and attend night school to finish his high school diploma.

“It was a cultural shock. We didn’t even know how bad off we were,” Chris says. “We did what we had to do without even questioning it. But it was a blessing too.”

That tragedy at a young age sent him down the path that led to an amazing music career spanning nearly 60 years, a wife Connie Pappas of 40 years, two children and now grandchildren, with the newest member of his extended family born a few weeks before we spoke.

“I have been ever so blessed, since the day I got the call to join the Byrds in 1964,” he says. “It led to many interesting musical adventures over the next 50 years.”

Reflecting on the recent birth of his grandson, Chris gets philosophical about the meaning of life. “We are all connected at birth to the Lord through our DNA . We are connected with Him from Day One.”

That reflection leads Chris to ask about the latest move by the pro-abortion, or euphemistically called “pro-choice” movement, to kill a baby moments before birth. “Talk to me about the miracle when you see a baby come out of their mother’s womb. How in God’s name can pro-choice ever be acceptable?”

It was Chris’ nascent faith programmed at birth that guided him through the tragedy of his father’s suicide and into his early musical career.

“I gravitated to songs that had a subtle faith-based message,” like the Byrds’ early hit “Turn, Turn, Turn,” from Ecclesiastes or “I Like the Christian Life” on the Byrds’ Sweetheart of the Rodeo album and “Sin City” that he cowrote with Gram Parsons.

“I wasn’t a believer then, but it was in me. I hadn’t quite blossomed yet, but it was there,” he explains.

Called to faith, delayed in implementation

Chris’ call to faith came originally through the leading of Al Perkins, a famed guitarist who played with Chris in the Flying Burrito Brothers, Manassas, and the Souther, Hillman, Furay band. ”Al is a strong man in my life. He has led many people to the Lord. I accepted Jesus Christ in 1972.”

But in his telling, that early conversion didn’t take. “The minute you profess your faith and lay your burdens with Jesus, the enemy jumps on you. He triples down his attack on you.”

He was with Manassas at the time and the temptations of the rock ‘n roll lifestyle got the better of him. “I got overwhelmed by the dark side. I didn’t have the strength to maintain the belief that I accepted,” he says. “The music business is not conducive to raising a family or having a strong spiritual commitment. It is ever so worldly and controlled by the enemy.”

It took Chris eight years to reaffirm faith. “I turned my back on Jesus for years, but Al would say, ‘Jesus didn’t turn his back on you.’ I had to come to grips with who I was and what it meant to me, then I embraced it whole heartedly,” he shares.

Introduced to the first Christian church

In his early Christian journey, Chris aligned with the evangelical protestant tradition. But his wife Connie was raised in the Eastern Orthodox faith, and while she at least initially wasn’t attending church or professing faith, his growing spirituality and the birth of their children led her back to her roots. He would occasionally join her at her church.

While Connie never pushed him to convert, he says ten years into their marriage he got a strong calling to learn more about the Orthodox faith. He learned that it was the first church founded by the apostles and was chrismated into it in 1997.

“When my evangelical friends learned about it, they looked at me funny. Then I explained the history of the Orthodox Church.  We all share a strong belief in the Holy Trinity and hold to the two major commandments: to love the Lord with all your heart, soul and mind and to love your neighbor as yourself. We are all on the same team.”

“I embrace my Jewish roots, which adds even more to my Christian Walk,” he adds.

Today Chris Hillman has found peace through the inner working of the Holy Spirit, the sacrifice of Jesus Christ for the payment of sins and an abiding belief in God the Father. As a result, he made peace with his father’s suicide and forgave him.

“I was really angry until I accepted Jesus. The turning point came when I was at my brother’s house and he showed these old movies of my dad when I was about three years old. He was throwing me in the air, kissing and hugging me. I saw he was a loving, sweet man who got overcome by the dark side,” he explains.

Chris has also found peace in the music business and to live his faith in it. This past year he toured with Roger McGuinn, Marty Stuart and the Fabulous Superlatives – Christians all – on the 50th anniversary of the Byrds’ Sweetheart of the Rodeo album release.

“I don’t think I have been on a better tour or worked with better people, but I don’t mean that in an elitist way, that we’ve accepted Christ and you haven’t. But there was a level of communication, respect and love that you don’t find working with non-believers” he says, and added that Roger McGuinn has grown to be a big brother in Christ.

“We love each other dearly,” he shares, “I have great respect for him as a musician, as a husband and for a million other things.”

Despite the peace and contentment that Chris has found in the Lord, his marriage and his career, Satan never stops his assaults. Just before we spoke, his extended family was hit again by the specter of suicide, leaving his niece and her twin boys without a father. “It was demonic, that dark voice saying ‘You’re not good enough. Everyone will be better off if you’re not here.’”

“I’m making this point because of the power of the enemy,” he concludes. “It is the enemy’s ultimate weapon to put those insecurities into your head. We are given this precious gift of life and have to navigate through a world controlled by the Devil. With faith and wisdom we learn that Jesus was sent down to put everything right and give us the strength and power to persevere.”

See also news of Chris’ new memoir, Time Between: My Life as a Byrd, Burrito Brother, and Beyond