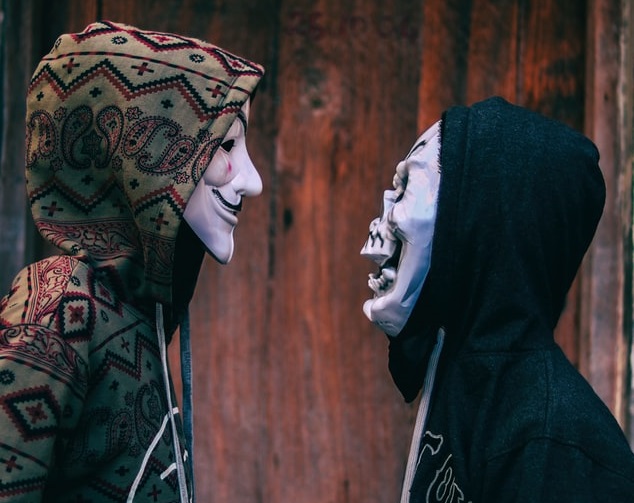 Our friend and brother in Christ, David Berkowitz, wrote the following Journal essay originally published on his Arise and Shine website. With his permission, we are reposting it here.

Infamous as the “Son of Sam” murderer, David’s sins titillate the fallen and so are the subject of numerous documentaries that chronicle his horrific crimes. Each time the story of his sin airs, it shames him. But as a child of God, he has overcome and now lives in prison as the “Son of Hope.”

Thankfully for most of us, our sins are not broadcast on television for millions to see, as David’s are. But we would feel the same shame if our sins were to be revealed in public.

Just like David, we are all disfigured by sin. And just like David, we can be made beautiful and whole by repenting of our sins and trusting in our Redeemer, being led by the Holy Spirit through the goodness of God.

But he was wounded for OUR transgressions, he was bruised for OUR iniquities: the chastisement of OUR peace was upon him; and with his stripes WE ARE healed. (Isaiah 53:5)

Disfigured, beaten and brutalized, spit upon, mocked, whipped repeatedly, shamed and hated…
This was God’s Passover Lamb who endured all this and more in order to pay the price for my sins.

In one of the most poignant and powerful portions of the Scriptures that I love to read and ponder, especially now that it’s Passover, is the fifty-third chapter of the Old Testament’s book of the prophet Isaiah. It’s a passage that many choose to ignore and avoid, perhaps because it is too overwhelming and convicting?

It predicts the coming of Israel’s Messiah, which many people including myself believe to be the correct interpretation. He was to come in the role of a messianic “suffering servant” to the Jews. The prophesy was written 700 years before the birth of Jesus.

When I think of how Jesus took the punishment for my sins and how much he suffered because of me, it is humbling. As I look at how badly he was disfigured, when it was I who deserved such treatment, I realized just how awful and ugly my sins and crimes were.

This, I have come to understand, is what sin does to a person. It leaves him disfigured. When sin has run its course, the end result of that individual is disfigurement. To disfigure someone is to ruin his appearance. It means to break, cripple, damage, deface, injure and harm. Look what it has done to me.

Sin has caused me, a human being, to be labeled as an evil person. Because of my past crimes, even though they occurred more than forty years ago, and even after many years of expressing deep remorse, I am still regarded by millions as a “monster and murderer.”

Sin has left me hideously disfigured. It made me look ugly and inhuman. This is what sin does. It destroys one’s appearance. When Jesus took my sins upon himself, he experienced my disfigurement. Society labeled him as a criminal when he was not one. He was innocent.

What love! What have I ever done to deserve Jesus’ taking my place of punishment? I have done nothing to deserve it.

Today, by the grace of God, I am living a new life. In God’s eyes old things have passed away. Today I look handsome in the eyes of my Heavenly Father. Thanks to Messiah Jesus I am a monster no more. Many may not see it like this, and I understand. Transformation is a hard thing to grasp, but I choose to believe what God says about me, and not what others think of me.

Sin will disfigure a person. Over time his life becomes unrecognizable. But when he repents of his sins and places his faith in the Lord Jesus who is both Savior and Messiah, he will begin the process of being made new and whole.