If Anxiety Has a Hold, Here’s the Only Cure 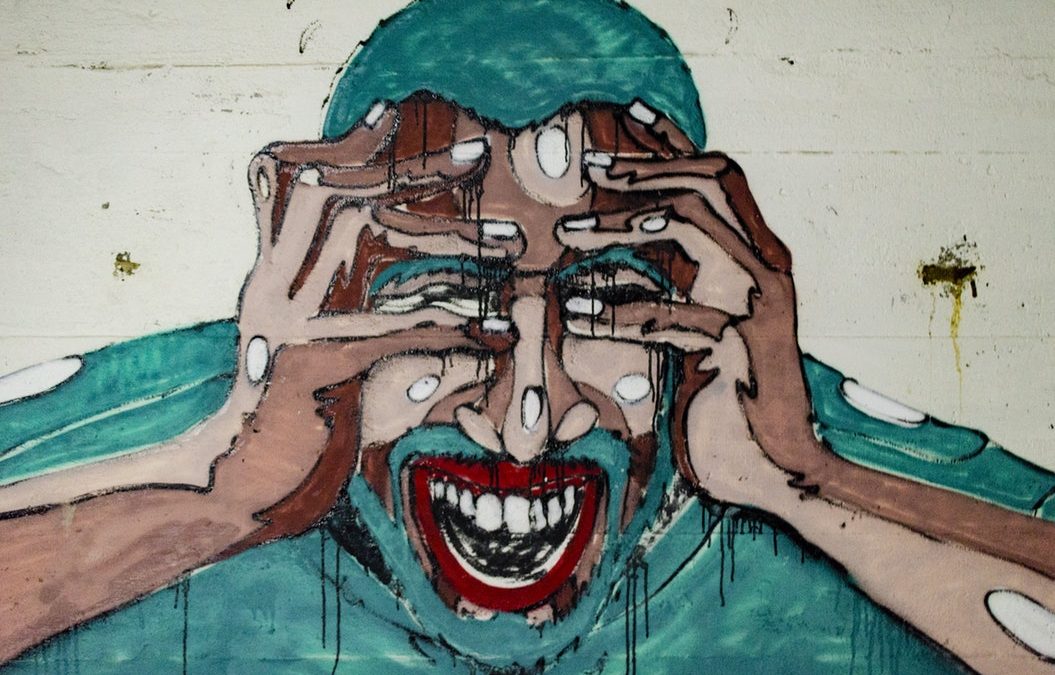 Humble yourselves, therefore, under God’s mighty hand, that He may lift you up in due time. Cast all your anxiety on Him because He cares for you. – 1 Peter 5: 6-7

Anxiety disorders are the most common mental illness in the U.S., according to the National Alliance of Mental Illness.  Anxiety affects 40 million adults in the United States age 18 and older, or 18.1% of the population every year. Further, Harvard Medical School says about one-third of all adults will experience an anxiety disorder at some point throughout their lives.

Given these statistics is there reason to assume that Christians are less well represented among the anxiety-prone population? Or are they even more well represented because they know what is ultimately coming for the world?

There is plenty to fear in that prophetic passage, as in so many others throughout the Bible. In many places it tells of the wrath of God raining down on the wicked as a consequence of sin and rebellion against God, just like it did in Sodom and Gomorrah. And look around at our world today. It is looking more and more like those cursed cities.

Anxiety comes from living in rebellion against God

Our culture lives wholly in rebellion against God’s command. The Ten Commandments which have been the foundation of law throughout the centuries are now being banned from court houses, government offices and the public square in the name of “freedom of [or more accurately, from] religion.”

In the public’s mind, the Ten Commandments become the problem and most especially the first one:

I am the Lord your God, who brought you out of Egypt, out of the land of slavery. You shall have no other gods before me. [Exodus 20: 2-3]

The individual self is the false god that the culture puts before the one true God, reflected in the popular tropes we hear, such as “Do what feels good, as long as it doesn’t hurt anybody else;” “I decide if I am a man or a woman;” “I have the right to decide if I carry the child in the womb to fulfilment;” and “Whatever happens between two consenting adults is fine.”

In other words, the culture says, “My will, not Thy will, God, be done.” So is it any wonder then that fear-induced anxiety disorders are the leading cause of personal distress?  We have much to be afraid of when the “I” – the individual – becomes a god.

Even unbelievers who reject God have an innate knowledge of God’s law and commandments. “I will put my law in their minds and write it on their hearts,” proclaims Jeremiah 31: 33 and repeated in Hebrews 10:16.

Anxiety for believers comes from putting the self ahead of God

Anxiety is caused by fear and fear is caused by putting the self, the individual, in the place of God, as is the case of the unbeliever, or ahead of God, as can be a common failing or sin trap for the believer. In 1 Peter 3: 5-6, Sarah is brought forth as an example of “holy women of the past” who “were submissive to their own husbands” and who by doing “what is right” did not “give way to fear.” By submitting to her Godly-husband Abraham, Sarah overcame fear. This provides an example to all believers that the way to overcome fear and the anxiety it causes is by submitting to our heavenly Father.

But even the patriarch Abraham and his wife Sarah gave way to fear before God gave them these new names. When she was still Sarai, childless and past the age of childbearing, she feared the promise that God gave to then Abram.

Look up in the heavens and count the stars – if indeed you can count them.’ Then He said to him, “ So shall your offspring be.” [Genesis 15:5]

But Sarai took matters into her own hands and disrupting the God-given order of marriage, told Abram to have sex with her maidservant Hagar in order to have God’s promise fulfilled, not unlike Eve who brought the fruit back to Adam. Ishmael was born, who became the patriarch of the Muslims, a theistic cult that stands in opposition to the faith of Father, Son and Holy Spirit.

After that, when Abram was ninety-nine years old, God gave him the name Abraham and Sarai was renamed Sarah with the assurance that she will bear a son to become the “mother of nations, kings of peoples will come from her.” [Genesis 17:16]

Isaac was born, but there was still a test that Abraham had to face on the mountain in the wilderness. As he took up the knife to offer Isaac as a sacrifice as commanded by God, the angel of the LORD called out to him from heaven and said, “Do not lay a hand on the boy,” and continued, “Now I know that you fear God, because you have not withheld from me your son, your only son.” [Genesis 11:12]*

*Italics mine. In this, the angel of the LORD is denying the bloodline of Ishmael.

Fearing God is the cure for anxiety

It is interesting to me that the angel says, “fear God,” not obey God, trust in God or submit to God, but fear him. Do you think that Abraham was anxious on that mountain? That is an existential question, since the Bible doesn’t reveal the thoughts in Abraham’s mind. It only tells of what Abraham did which was to raise the knife and do exactly what God commanded.

Whatever anxiety and fear Abraham felt at that moment about the consequences of sacrificing his precious, only son, Isaac, are superseded by his greater fear of disobeying God.

Through Abraham’s example, we see the cure for anxiety, for believers and non-believers alike: to fear God who is the most loving, loyal and devoted Father who does all things for our good. Our modern-day anxieties are caused by misdirecting where our true fear should be  – fear of acting outside the will of God — and following our own will, which inevitably leads us to sin against God.

In submitting to God’s will, doing as He commands, acting in faith, we can put all anxious fears into His peaceful, loving hands:

Do not be anxious about anything, but in everything, by prayer and petition, with thanksgiving, present your requests to God. And the peace of God, which transcends all understanding, will guard your hearts and your minds in Christ Jesus. [Philippians 4: 6-7]

Dear Lord, may our fear and anxiety fall away as we put fear where it rightly belongs: the fear of going against Your holy will. May we “Serve the LORD with fear and rejoice with trembling,” as Abraham did. Amen.