Behind Prison Walls by David Berkowitz – “Thoughts on Anne Frank” 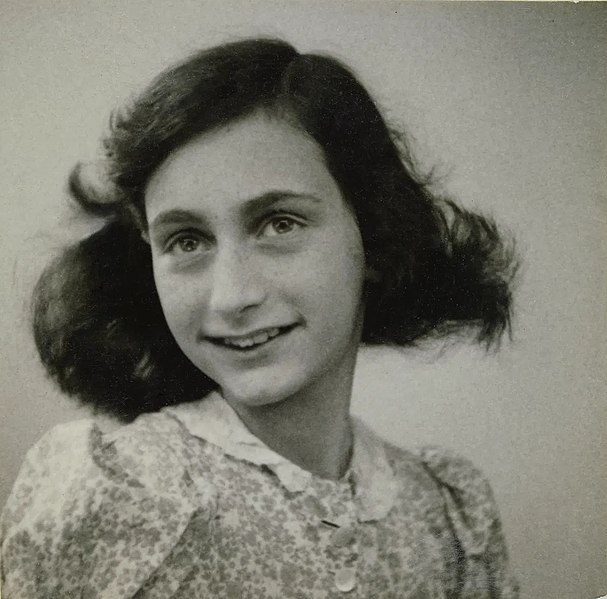 Editor’s Note: “Behind Prison Walls by David Berkowitz” is a new series of contributions by our brother David. His reflections on Anne Frank have been abridged from a number of his journal entries appearing on his website AriseAndShine.org.

Anne Frank was a young Jewish girl living in Amsterdam during the Nazi occupation of Holland.  Anne went into hiding with her immediate family and a few others in order to escape arrest by the Nazis and imprisonment in a concentration camp.  Surviving in captivity in cramped quarters and living each day not knowing if it would be her last, a resourceful and imaginative Anne took to writing.

Anne Frank kept a diary, which she named Kitty.  Miss Kitty became Anne’s secret friend and a companion with which this intelligent, articulate and creative girl would share her thoughts and concerns.  Into its pages went Anne’s hopes and dreams.  She continued to write in her diary until she and her family were arrested on August 4, 1944 when it was left behind with all her belongings.

Only six months later, the fifteen-year-old Anne would perish in the notorious Bergen-Belsen concentration camp along with her older sister Margot.  Tragically, they were only months away from the camp’s liberation by British troops on April 12, 1945.

But her diary would live on.  Her father, who was the only survivor of the family, would find her diary and eventually get it published. It would go on to become one of the world’s most celebrated works of literature, translated into many languages.

I grew up hearing about Anne Frank. Her diary was read and discussed when I was in public school, where it was required reading.  But not being a good student, I didn’t give her story much thought.  It wasn’t until I came to prison years later that Anne’s story would prick my heart.

Years ago I found a published copy of Anne’s diary in the prison’s library.  Reading it from behind prison walls brought her work into a whole new light.

For, like Anne, I too found pen and paper the best way to express my thoughts and share my heart.  Years ago I obtained a small portable typewriter that I would peck away at for hours.  Today I have more than a thousand pages of journal writing.  Writing has become one of my passions.

Anne Frank is a source of inspiration for me to continue on with my own writing. An innocent Anne and a guilty David, both of us locked away from society. Anne was hiding for her life, and I am confined to prison for life. Each of us in captivity, yet diligently putting our thoughts and feelings on paper.

Dear Anne Frank, her heart now lives in her words: The Diary of a Young Girl: Anne Frank (The Definitive Edition), Anchor Books/Random-House, 1996