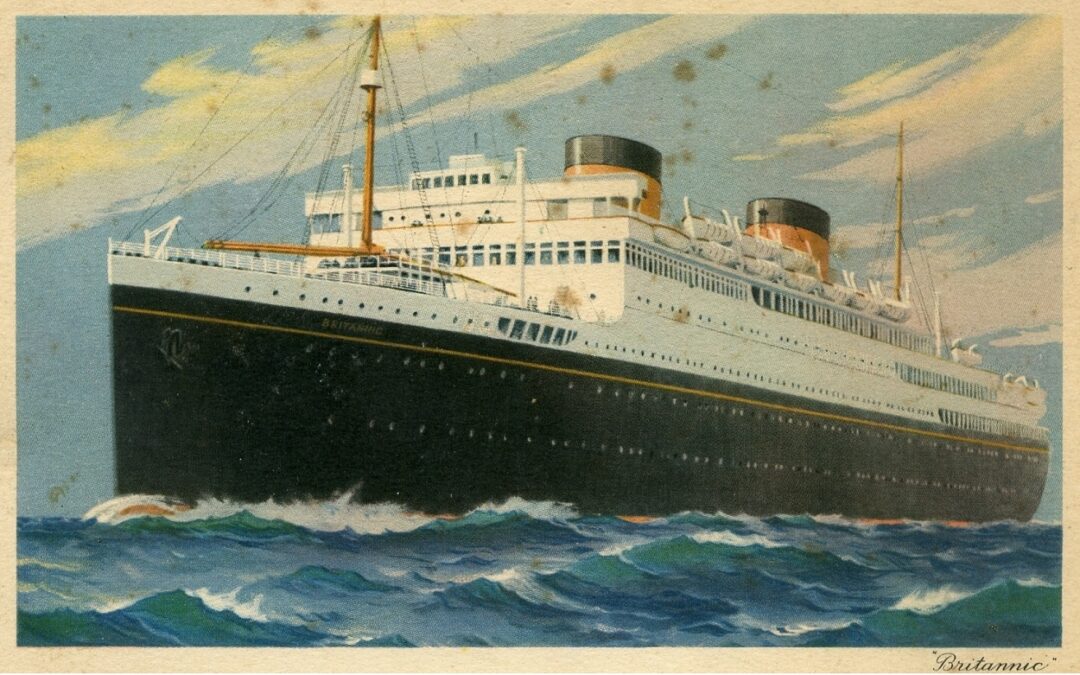 I first saw the movie ”One Way Passage” at a film class screening in Manhattan’s New School for Social Research back in the 1970s.  It stars William Powell as Dan and Kay Francis as Joan.  At the time this classic was produced, our society’s moral underpinnings – its fundamental ethos – had not yet been demolished by Satan’s wrecking ball.  So it should come as no surprise that its theme runs totally contrary to the social norms of the present day.

In the film, Dan and Joan meet and fall in love on a ship bound for San Francisco from Hong Kong.  Both have lived reckless lives without ideals – Dan, convicted of murder, and Joan, a party girl.  Joan is slowly dying.  Dan has been sentenced to death by hanging and is secretly being transported back for execution, and, due to the kindness of his capturer, free to roam the ship.  Each of these star-crossed lovers is aware, within their souls, that precious life has been wasted.

Neither one will tell the other they are close to death, but each eventually finds out that they have little time left.  Dan’s criminal friends on ship concoct a plan of escape, but after Joan collapses in a near fatal attack, he selflessly refuses to leave her, thus sacrificing himself.  Forced by circumstance to part at voyage’s end, they refuse to openly acknowledge their fate.  “Until New Year’s Eve,” they tell each other, knowing that they have made a pact to reunite which neither can fulfill.  Dan and Joan have finally found true – and unconsummated – love.  With hearts turned, their love now transcends this life.

Selfless love….  If you are not moved at the end of “One Way Passage,” should you see it, check your pulse.  As the saying goes, “they don’t make ‘em like that anymore.”  And given the times we live in, I can’t see a remake in the works.

In Western Civilization, for the most part, Christian ideals and values have guided approaches to just about everything experienced in life around us – our society, its laws and our human relationships.

But very recently and rapidly, we have seen a large part of our culture rejecting these ideals.  Not merely a matter of “rebellious youth,” there has been a sea-change in the mindset of both young and old.  Seemingly approaching a new low each day, Western Civilization may be Western, but it is fast becoming uncivilized.

On the most personal level this is seen in the dissolution of the family and God-designed human sexuality.  Marriage has become obsolete as couples no longer believe in the need to commit to lifelong union.  The ideal – a permanent coupling of male and female – has even been allowed to morph into relations among lost souls of countless gender identities.

Love for our Creator, we are told in scripture, is the greatest commandment.  “And the second is like it,” says our Redeemer Jesus.  “Love your neighbor as you love yourself.”  We are to love and obey God as we show love to others.  In marriage, the most intimate of human contact, husbands, Paul writes, are to love their wives, “just as Christ loved the church and gave himself up for her.”

But it seems society has abandoned the divinely expressed core ideal of love for one’s Creator and love for others in favor of self-love.  Individual identity has become the new god.

In an abominable two-for-one, mankind has placed self-love over both love of their Creator and love of all others.  Paul tells us in 2 Timothy that in the last days “people will be lovers of themselves,” and it is apparent that self-love has become a core value within a largely God-denying culture.

It occurs to me that all repentant sinners – His people – travel this vale of tears on a one-way passage of sorts.  Like the fictional characters Dan and Joan, we must all eventually experience a final parting from those we love – wives and husbands, family and friends.

Thankfully, when departing this life, we of faith have hope of an eternal reunion in a life everlasting, where our sins will be remembered no more.

So on that voyage through this fallen wasteland, where the love of most has grown cold, let us be filled with the Spirit of His love.  And may we recall the words of our Savior who tells us all, “a new commandment I give you, that you love one another: just as I have loved you, you also are to love one another.”