Homage to the Song and Its Creator 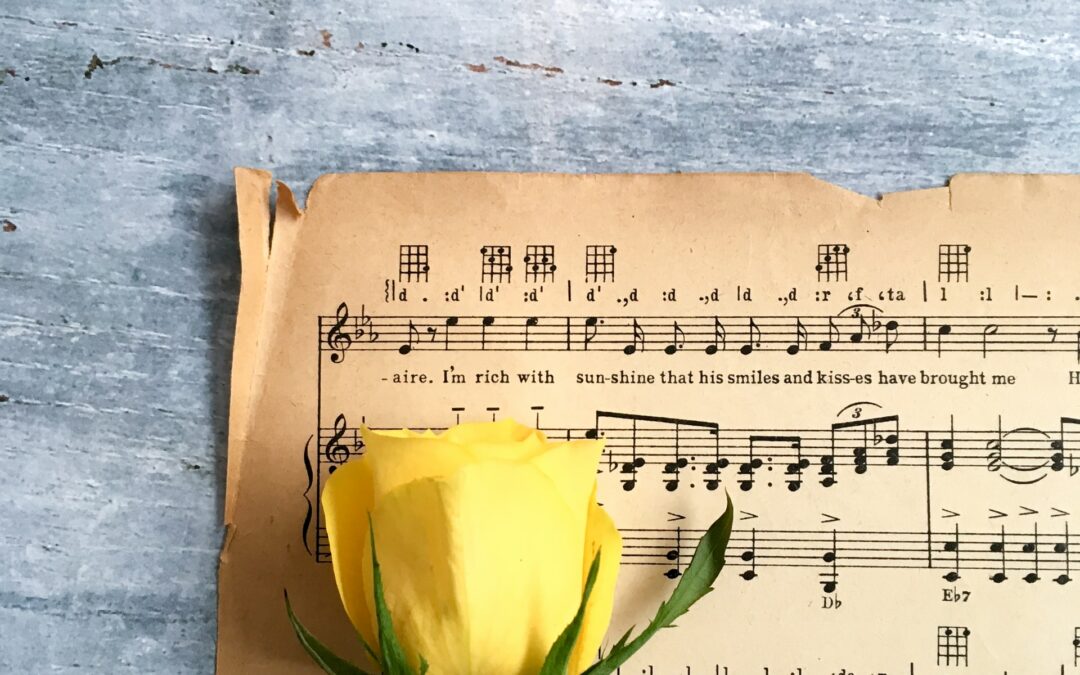 Hearing music touches us in unique ways different from how we respond to other information. Ideas touch our minds. Music touches our souls.

The edifying effect of music can be powerful. “Music has charms to sooth a savage breast, to soften rocks, or bend a knotted oak,” said the playwright William Congreve four hundred years ago.

Short musical pieces with lyrics – the song – have been with us since the beginning. Whatever mode or scale, it is true that music itself – the melodies, rhythms and harmonies – is God created. Man can only discover that which God has created.

Our Father in heaven is quite a songwriter. He wrote the Psalms. Thus the song, an art form, is God-ordained. Great stuff, the Psalms.

We have no way of knowing what music accompanied these lyrics, but I’m sure that it was not primitive, dull and boring. Young David’s singing and stringed accompaniment must have struck quite a chord in King Saul’s heart to be capable of lifting him out of the doldrums of his depression. Saul probably gave it a “10” as he danced to it.

The Psalms, divinely inspired as they are, are the highest good in musical lyrics, telling us, most importantly, of God’s relation to man.

As everything God has created for His supreme creation, mankind, it becomes abused – never completely fulfilling its God-intended purpose. Just as in all of our dealings – with justice and government, our environment, our bodies, emotions, thoughts and very truth itself – man falls short of the mark.

When one thinks of song, romantic love is usually the first, and perhaps only, thing which comes to mind – “boy-girl” stuff which tells of our needs to join in union with a mate.

Many in our culture have grown up listening to popular music. It’s omnipresent as we can hear it everywhere – played in the supermarkets, at the gas pumps, in restaurants and hotels. It’s broadcast across every form of  media.

And we who love music can find some of it “catchy” and see how it can, at points, speak to the realities of life. Nothing wrong with that.

But we see that out of the literally thousand upon thousands of known popular songs from the earliest of times to this day, God rarely makes an appearance – even in cameo.

The divine origins of romantic love – with its divine prescriptions – are fundamental to love’s  reality. How can romance be truly celebrated in song without even a degree of lip-service to the One who makes it all possible?

Music itself is more than pleasing sound. Many of the celebrated 19th century composers agreed that all music has a “program” – that it conveys ideas and realities. Bringing this reality further home, the lyrics of a song plainly convey its meaning.

The song is a God-ordained medium for the thoughtful expression of the needs of our souls and should reflect divine truth.

From ancient times to the present, man has been blessed with God’s creation of melody, rhythm and harmony. People will continue to write songs. Like any of man’s endeavors, our songs will be far from perfect. But they can, and should, if only in passing, acknowledge the One who makes everything – our existences and the universe in which we live – a meaningful reality.