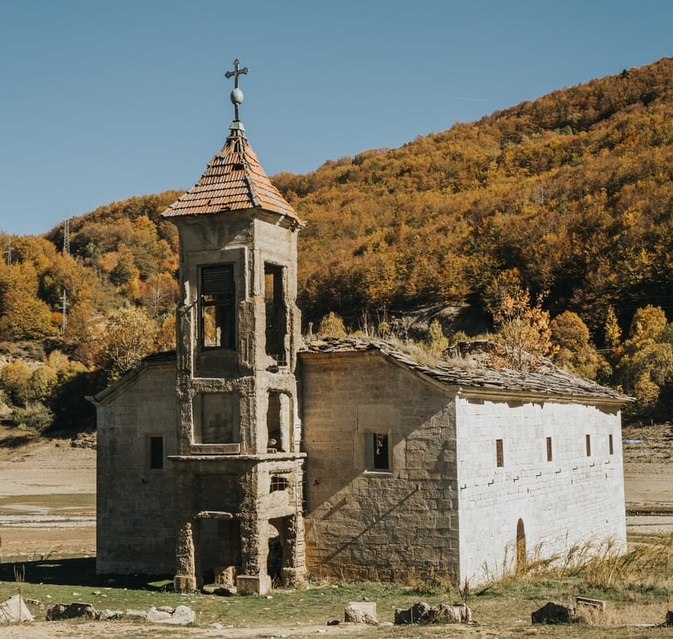 Some in Christendom teach that believers can be perfected in this life – they call it “entire sanctification.” Thankfully, this erroneous doctrine of Christian perfection is not widely accepted.

We find an all too obvious parallel when looking at the history of God’s New Testament Church. Clearly, there is an absence of perfection in the visible church.

The evidence: God’s Church has fractionalized into numerous denominations since its inception and has never achieved a uniform oneness. And this was foreknown by God.

Division in God’s Church is a challenge to its unity – a unity prescribed by God.

God’s will is both preceptive and decretive.  It is preceptive in that He prescribes that which He would have us do.  It is at the same time decretive, which means that He has decreed all that will come to pass.  This has long been orthodox Christian theology.

This fractionalization into denominations is apparently part of God’s historical redemptive plan for His people – part of His divine decree.

At the end of the Middle Ages, the Western church was largely controlled in what the 16th-century reformer Martin Luther called its “Babylonian Captivity.” In the Roman Catholic Church, corrupt human authority held the truth captive in the hands of a powerful, all-pervasive hierarchy.  This continued for over one thousand years, as this church veered sharply away from scripture.

There were attempts at purifying the church long before Luther’s effort, which resulted in what is termed the Reformation.  Sometimes these efforts led to parachurch movements which were allowed – and controlled – by the Catholic or “universal” church, such as various monastic orders and communities. Later, the first mendicant or “begging order” was founded by Francis of Assisi. Members of begging orders lived simple, contemplative lives in sharp contrast to the wealthy church hierarchy.

Other movements, such as the “Friends of God” and “Brethren of the Common Life,” existed in 14th-century northern Europe. These groups sought to live by the Spirit, following Christ, while steering clear of outright opposition to church authority.

Then there were the many named and unnamed “heretics” who lost their lives as they dared to speak truth to this church.   These men and women were often treated to the Medieval church’s go-to method of correction – torture – if they were  lucky enough to escape the church’s ultimate corrective measure – execution.

Sadly, the imperfection in God’s Church also explains the active persecution within the churches, such as 16th-century hangings ordered by Queen Elizabeth of those who proposed Congregational as opposed to Episcopal church authority.  It explains the persecution and executions of Quakers in colonial America.  It explains the many wars declared between so-called “Christian nations,” as churches gave their approval or remained silent.  It explains the abuses of the Roman Catholic Church to this very day.  The list goes on and on.

However, believers in the last few centuries exist among churches free of state or totalitarian control.  These churches compete to direct God’s people and offer church distinctives in doctrine and practice, which may vary widely from one church to another. But doctrines that do not reflect the truth of scripture are misleading – errors.

And very recently, we see some churches attempt to reconstruct the nature of God’s intent for human sexuality.  Incredibly, some churches propose same-sex marriage and homosexuality as viable relations among His people. More deceit!

Outright blatant errors such as these need to be rejected by all in His church.

Thankfully, most church distinctives are far less errant and sensational than this.  Differences may show in the practices of the church gathering or service. There also may be differences in doctrine regarding the ordinances of the church, which some consider “sacraments,” or in the observance of certain special or “holy days.”

In our current church world, believers are seeking churches “reasonably true to the word of God.” Now, as always, we need churches led by men who search the scriptures for truth.

There is a saying, “ignorance is bliss.”  But for believers, ignorance of truth is definitely not bliss.

Awareness of the history of the visible church, with its absence of perfection, should drive all believers to establish biblical Spirit-led convictions and to resist being held hostage by bad doctrine and denominational error.

By God’s grace, we have His truth revealed and the truth must never be constrained by errant authority.  That is true today just as it has been throughout the church age.  Sound doctrine, derived from our Old and New Testaments, contain the truths that must lead all believers.

We can rejoice that, for the most part, differences occur on finer points in doctrine. In these situations, we need to remember, in humility, that we should agree to agree – rather than agree to disagree – as we join in agreement on the basic tenets of our faith.