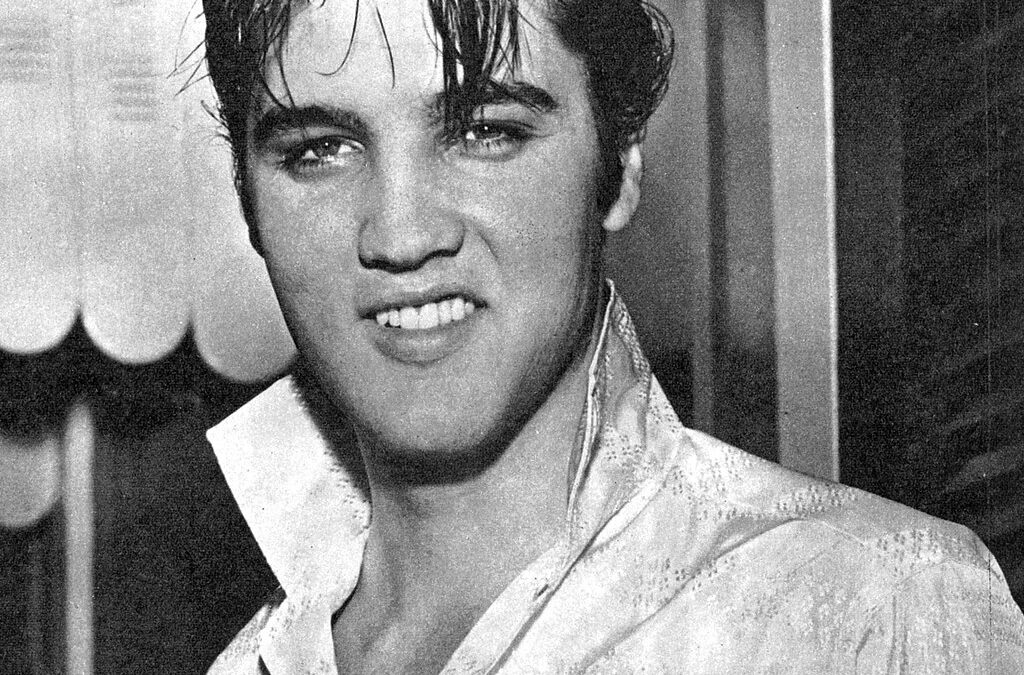 I first heard Elvis Presley perform “If I Can Dream” on December 3, 1968 as it premiered before my eyes in the finale of his televised “Elvis” special, later known as the ’68 Comeback Special.

Like its companion piece of the following year, “In the Ghetto,” it is a call for unity during the social unrest of the 1960s. Specifically, he was singing out in support of Civil Rights and the fight for racial equality.

Just 12 years before in 1956, Presley was the first to take a black-performance style and sound and make it mainstream for Pop music listeners – regardless of race.  Some of his early songs were originally recorded by black performers or written by black songwriters.  With the coming of Elvis Presley, the segregation of popular music ended.

Presley was born in Mississippi in 1935 – an outsider himself, considered “poor white trash” to the dominant white society.  His empathy for humanity, often noted and publicized, was apparently genuine as he rejected the color lines of the culture.

Raised as a Christian, Presley professed faith and recorded several gospel albums.  Many called him “the King.”  But this imperfect king would sing the praises of his perfect King.

The need for social reform in the 1960s was real and necessary.  Unlike some current social movements, in which racial agitation is the tool of political-power elites, there was an urgent need at the time for the recognition that human dignity should be assured to all God’s creatures.

“If I Can Dream” was written by Walter Earl Brown, who understood Presley’s hatred of racial injustice. He wrote it expressly as the grand finale for the televised special.  One does not have to be a Presley fan to appreciate the song’s power.  Presley was so moved upon hearing the demo that he said, “I’m never going to sing another song I don’t believe in.”

“If I Can Dream” proclaims Presley’s vision of peace and harmony for all God’s children:

There must be lights burning brighter somewhere
Got to be birds flying higher in a sky more blue
If I can dream of a better land
Where all my brothers walk hand in hand
Tell me why, oh why, oh why can’t my dream come true, oh why

This once dirt-poor Southern believer stands hand in hand with the black outcasts of Southern society.  What a bold statement for a Southern man to make in 1968.

Presley performed the song in a three-piece white suit, invoking the image of a Southern preacher.  He begins the vocal presentation in a soft tenor baritone.  Slowly, his impassioned plea becomes more raw and forceful as he builds in intensity.  His raspy, visceral voice is near shouting at the crescendo, ending the piece.  On an emotional level, it is unlike anything else he ever performed. It’s the real deal.

During the recording of the song in the studio, one of the teary-eyed backing singers told Brown the composer, “Elvis never sang with so much emotion.”

“If I Can Dream” is a simple call for love among God’s creatures – regardless of their God-given skin color.  His passionate rendering of “If I Can Dream” reflects his genuine desire to live in a land “where all my brothers walk hand in hand.”  Presley’s performance makes it one of the finest anthems for a Spirit-led striving toward human harmony ever recorded.

“He has shown you, Oh mortal, what is good.  And what does the LORD require of you?  To act justly, and to love mercy and to walk humbly with your God.” (Micah 6, verse 8)