On Jerome Hines, the Opera Legend and a Powerful Voice for God 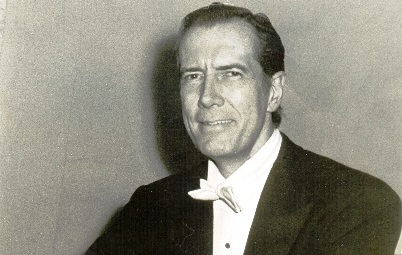 In the mid-1970s the health and fitness craze had begun.  “Health club” chains sprang up around the country.  In 1976, after being in and out of universities for a few years, I found myself working at one of these clubs in an affluent northern New Jersey suburb close to New York City.

At first I believed that, as an experienced “gym-rat,” my job was to inspire the men of all ages who signed up.  But, in reality, the name of the game at the “health club” was to sell high-ticket memberships, then get referrals, and sell more and more memberships.

I did well for awhile in this thinly-disguised sales job.  But the twelve hour days were boring me silly.  So, to kill time, I started giving an exercise class on Saturday mornings for the older guys, which, surprisingly, had not been offered by my club.

There were quite a few retired World War II veterans in that class.  Sid was a Jewish ex-Marine.  He likened me to his Marine Drill Sergeant – because I pushed him hard.

Mr. Thomas, in his early nineties, was the oldest.  He did what he could and would wisely opt out when it got too difficult. He was in amazing physical condition, considering his age. His son told me that in the first few years of the 20th century, his dad was one of the top mile runners in the world!

In the back row was Mr. Hines, a man nearly sixty and six feet six inches tall.  I first met him one morning as I checked membership cards at the door.  “Jerome Hines,” it read.  The name rang a bell.  An entertainer?… a singer?  Yes, I was sure I had heard of a male vocalist with that name.  “Like the singer,” I said to him as I smiled and handed back his card.

Later that day I learned that he was indeed a singer, or more correctly, an opera legend.  In fact, he would eventually hold the Metropolitan Opera House’s record for forty-one consecutive seasons performing.  He was called Jerry at the club, but I respectfully called him Mr. Hines. His demeanor was friendly, yet serious, and, as I saw it, his dignified, mature stage presence seemed to require it.

I was a few years away from coming to faith.  Popular and friendly, I put up a good show of being happy and easygoing.  But lost in my sin, I was truly miserable – and superficial in my dealings with everyone.  And no one, no success, and no nothing changed that.

As at any gym, there was always a lot of social banter going on.  He must have picked up that I was Jewish.  One morning when the near empty gym had just opened, Mr. Hines came over to speak with me.

He told me that he was a Christian, and wanted to tell me about Yeshua the Messiah, who came to the Jews.  As a secular Jew, I really was not interested in the Messiah, but he went on.  For some reason he felt called to tell me these things – about man’s need to be reconciled to God.

I was a bit embarrassed, feeling he must have seen right through me.  He must have seen my true state – trapped in self-absorbed vanity and the pointless pursuits of this world.  The conversation didn’t take long.  I begged off as I found an excuse to get away.

Following that conversation, he was always friendly to me.  But sensing my discomfort, he understandably never brought that subject up again.

After coming to faith some years later, Mr. Hines came to mind quite a lot as I spoke up to others about man’s need to be reconciled to his Creator.  I often thought about how I wanted to let him know that his seeds did indeed grow – of how I became a man who eventually humbled himself before God.  I wanted him to know that I learned to truly care for others, of what love meant, and to tell him of my passionate love for my believing wife, and children and grandchildren.

Some years back, I looked up his Wikipedia page on the internet.  He had already died, at eighty-one.  And when I realize how I missed the opportunity of putting a smile on Mr. Hines’ face, I nowadays think of the hopefully many smiles that we miss out on as we believers speak for God. The seeds we plant but never see grow into fruit.

All our attempts to speak for God serve Him in one way or another.  As it is written of the prophet Samuel, our words do not “fall to the ground.”