Meekness: How Can We Be Meek In This World? 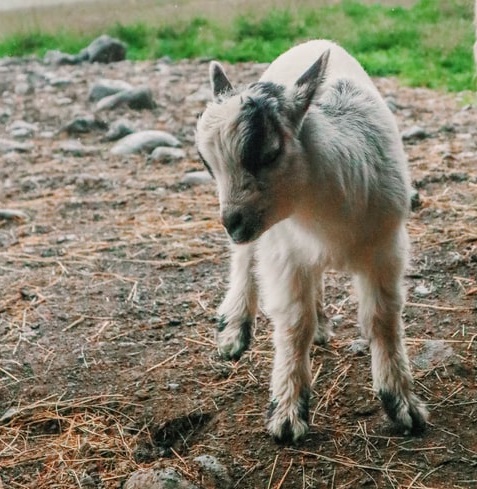 As God’s chosen ones, holy and beloved, clothe yourselves with compassion, kindness, humility, meekness, and patience. [Colossians 3:12]

In a recent study of Colossians, I stumbled on one quality that as God’s “chosen ones” we are to clothe ourselves in meekness. Admittedly, not all translations include the term “meekness,” but the ESV, New King James and King James editions do.

It made me think. Since founding my market research and consulting company nearly 30 years ago, people come to me with their marketing problems. I humbly say I’ve gained expertise along the way and have been recognized by many as a “thought leader” in my field, from the books I’ve written, speeches I’ve given and the many articles I write for prestigious publications. I thank God for the success He has given me.

People don’t look to me for meekness, but answers. And I follow a research-led approach to get them. Many times the answers aren’t necessarily what they want to hear. But it is my professional responsibility for the good of my clients and my readers to tell truth to power, even when it challenges conventional wisdom or widely-held beliefs.

I thank God for the position of responsibility He has given me and know He gave me these gifts to do good in the little portion of the business world that I work in. In that, I think of Lydia in Acts 16. I doubt she was meek in her successful business selling purple cloth and certainly not meek when committing herself and her household to follow The Way of Christ.

As I ponder this quality of meekness, the Bible is filled with people who boldly spoke truth to worldly powers, yet meekly followed the word of God. I think of Paul, Peter, John and the other New Testament authors. They were in no way meek when confronting the sin all around them. They boldly spoke truth to power. They called on sinners to repent, offering them the Way to no longer be captive to sin.

As believers, we have a responsibility, just like the apostles and epistle authors, to stand boldly in the truth. “Therefore put on the full armor of God, so that when the day of evil comes, you may be able to stand your ground, and after you have done everything, to stand,” writes Paul in Ephesians 6.

Look around and surely the “day of evil” has come. We are reminded that, “Our struggle is not against flesh and blood, but against the rulers, against the authorities, against the powers of this dark world and against the spiritual forces of evil in the heavenly realms.”

While Paul did write, “By the humility and gentleness of Christ, I appeal to you – I, Paul, who am ‘timid’ when face to face with you, but ‘bold’ toward you when away!” – some tranlations use meek instead of timid – we must be humble and gentle. So we are not called to fight or be belligerent, proud, boastful or disrespectful of individuals we encounter.

But we must also stand strong when we see cultural forces trying to draw us, our families and our churches away to conform to the world’s ways, not God’s ways. So warns Paul in Colossians 2: 8, “See to it that no one takes you captive through hollow and deceptive philosophy, which depends on human tradition and the basic principles of this world rather than on Christ.”

Our culture is securely in the hands of the enemy through the world’s deceptive philosophies. Teachers have given up their role as educators. Now they are indoctrinators to the cultural norms. The evil one’s messages inundate us in the media. Politicians govern by it.

Even churches have conceded their role as teachers of biblical truth to conform to the world’s view, not God’s. After all, they say, the Bible was written for another time and another place and needs to be interpreted  – i.e. changed – for our time and our place.

Satan’s been playing this game ever since the beginning, when he tempted Eve, effectively saying, “Surely, He didn’t mean that?”

Eve went along meekly with Satan, rather than respond as she boldly should have: “Get behind me Satan.” Likewise, Adam meekly followed her.

It worked so well in the Garden of Eden, the evil one has had no reason to change and so it continues to our day.

When confronting evil and sin, we must stand firm against it. And as instructed in Scripture, we must be kind, gentle and respectful to others. But we have to take a bold stand against the demand that we must conform to the world’s “truth,” not God’s.