Battling the Black Dog of Depression 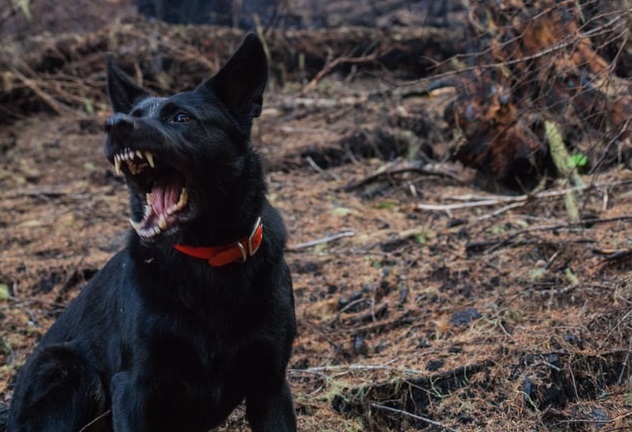 Winston Churchill called his dark moods the “black dog.” It was an expression that he borrowed from his nanny who used it to describe when he was out of sorts and in a bad mood.

At various times in his life, he said the “black dog” was upon him. Today it is called depression. Much has been written about Churchill’s mental health, but it’s all speculation with no clinical diagnosis. If it was a mental illness, then I have had it too.

My personality set point is bright and sunny and exceedingly optimistic. But sometimes in my life, as in Churchill’s, there were real reasons for being depressed. But other times, succumbing to a dark mood is more a result of habit.

You see, I grew up in a depressive household. It wasn’t always so, but about the time I was going through puberty, my father slipped into a depression that he never escaped until his death.

Growing up as the first child, I was always daddy’s little girl, and I delighted in that special place I held. Then about the time I turned 12 or so when a young girl most needs the adoration of a loving father, he changed for whatever reason or combination of reasons. He took to alcohol to assuage his pain, and it only made him more depressed, angry and withdrawn.

But I was a young, sensitive girl, and I naturally thought it was me. I was undergoing changes I couldn’t control. My skin broke out, my flaxen hair turned dark ash blonde, and my cute little girl face began to change into the adult woman’s face I have today. I was no longer the apple of his eye. I thought I’d lost his love.

Not knowing how to get it back, since I couldn’t change the changes I was undergoing, I too became depressed. Feeling unlovable, unworthy, and ugly, I sought attention in the only way I could. I rebelled and went from the nice, sweet compliant little girl to a rebellious, angry, disobedient teenager. I got his attention and plenty of it, but not the kind of attention that I so desperately needed and wanted.

I suffered depression through my teens and twenties. During that time I married the wrong man for the wrong reasons and got more depressed, even after the marriage ended. The only good to come out of that marriage was a beautiful daughter.

Throughout it all, I knew body and soul I was on the wrong track because the Holy Spirit was there with me even then. I just didn’t know it yet. I didn’t have the words to describe the cause of my depression – living apart from God.

When I turned 30, I met my future husband. He gave me the true male adoration and love that I so desperately needed. I found fulfillment in my marriage, body, soul, and mind. He accepted my daughter as his daughter, and we never used the expression “step-daughter” but always “our daughter.”

Together we came to know Christ and God’s gift of grace and I’d like to say we have lived happily ever after, and I’ve overcome my depressive tendencies. But that is not the case.

I suffered a full-blown clinical depression after about seven years into our marriage when our daughter left us. On her 15th birthday, she ran away to live with her biological father saying she never wanted to see me, my husband and our then two young sons again. Our family was devastated, but most especially me.

The black dog descends with a vengeance

I was overcome with pain, guilt, and shame. During her early years, I was a single mother trying to provide for us while building a career and going to graduate school. After she left, I was hounded by the thoughts that I hadn’t been as good a mother to her as I should have been.

Even though I knew at the time I was saved and that God forgave me, I still felt terrible guilt. Lifelong habits die hard. The horrible black dog of depression came back with a vengeance.

Thankfully my husband stuck with me and kept me from descending too long and too far into that dark abyss. He kept reminding me that he and our two boys needed me. Their need pulled me out, as God gave my husband the words I needed to hear. I recognized that I had a duty to be a good mother to my boys and a good wife and helpmate to my husband.

That gave me the edge I needed to recover. Thirty-five years later we continue to cherish each other more and more.

It took 19 long years, but my daughter returned. The depression thankfully lasted less than six months.

Breaking free from the black dog

But still, Satan tries to point the finger at me for past sins and failings.

Now when Satan whispers in my ear and tries to condemn me with guilt, I give back this answer, “No, I am worthy because God loves me and has always loved me.”

How can I condemn myself when the God of the universe loves me so, so much?  The words from the Common Book of Prayer speak powerfully to me:

And His assurance of forgiveness gives me peace. “For he chose us in him before the creation of the world to be holy and blameless in his sight,” Paul wrote in Ephesians 1:4.

The cure for depression is very simply to remember, “Jesus loves me this I know, for the Bible told me so.  Little ones to Him belong, for they are weak, but He is strong.”