Death: End of One Life, Beginning of Another 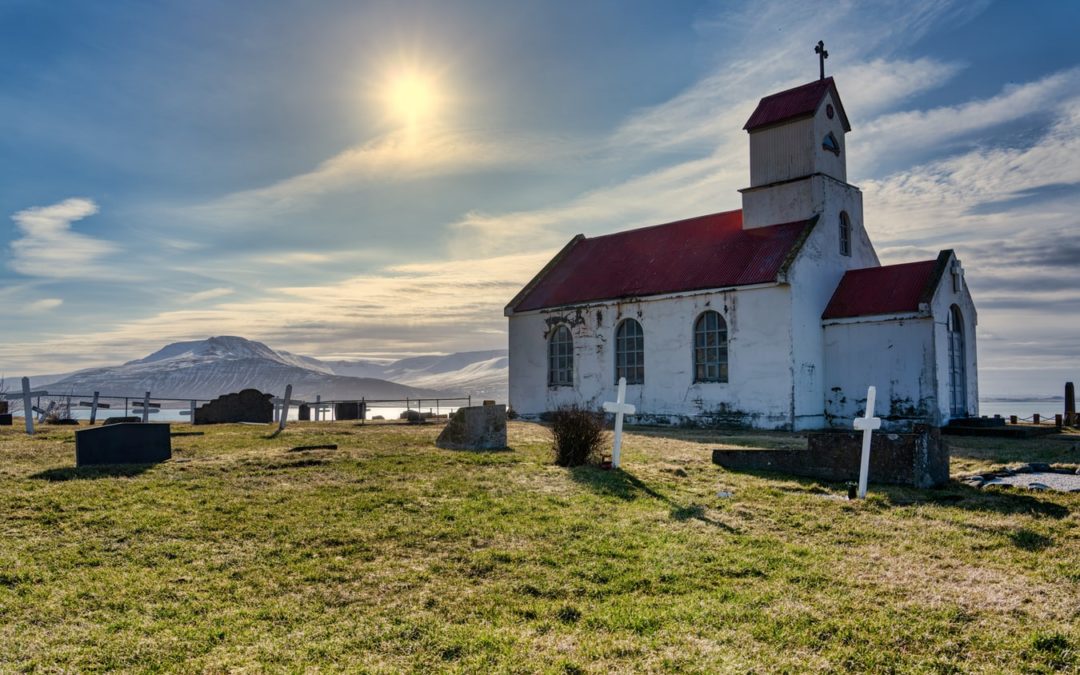 I recently watched an ABC Special about the life and untimely death of Farrah Fawcett at age 62. It told the story of her rise to fame, credited to her beauty and magnetic personality. But in her final battle with cancer, she revealed more about her character and her soul.

Diagnosed with a particularly virulent form of cancer in September 2006, she underwent conventional radiation and chemotherapy.  After the doctors claimed she was cancer-free, it came back with a vengeance only three months later.  When her UCLA doctors recommended even more drastic treatment, she refused and sought an alternative in Germany.

Arriving there with Stage 4 cancer that had metastasized to her liver, her alternative treatment followed the same trajectory as the conventional one: initial improvement, relapse, then a recommendation for even more extensive treatments including surgery to remove the primary tumor.

Again, after surgery she initially experienced improvement, then the cancer returned and she continued to undergo even more painful and extensive treatments to battle the disease. But her strength and human will couldn’t defeat it and she passed on June 25, 2009.

As the show went on, it became almost too painful to watch. My eyes teared over, as I wished only for her release. I wished for her to give up her exceedingly painful treatments, lay back, accept palliative medication and peacefully enter into her eternal rest.

It was made even more painful as she expressed faith in God. “The devil makes you sick. God can heal you,” Farrah said. “I believe in Him, His power and His infinite wisdom. I know I must do my work also, but I cannot do it without Him.”

“If you’re livin’, then you’re dyin’, and just a breath away from love”

No matter how it comes and at whatever age, death is something every one of us will face. It is the true “final frontier.” But for believers, death doesn’t have the finality that it has for others. As Nighthawk Taylor sings, “If you’re livin’, then you’re dyin’, and just a breath away from love.”

Seeking to get a faith-based perspective on death, I turned to Reverend Glenn Beard, currently director of church relations and pastoral care at Luthercare, based in Lititz, PA, which provides senior-living on three campuses and offers childcare programs through Luthercare for Kids at four centers in Lancaster and Lebanon Counties.

Prior to assuming that role, Glenn was a chaplain for Hospice and Community Care. I figured if anyone knew about end-of-life issues, it was someone who served in a hospice ministry and who has taught classes on death and dying.

“I’m not afraid to die. I’m not necessarily thrilled about what I have to go through to get there, but I am not afraid,” he shared with me. “There is something so much better waiting and the promise that is made to us is just that—A promise. It’s not dependent upon us to make it effective. God made that promise and we have to hang on that.”

Glenn was called to hospice chaplaincy after serving 12 years in pastoral ministry. He found that pastoral ministry placed management and administrative demands on him that at times became “more to do with the workload than the work,” he says.

Chaplaincy, on the other hand, allows Glenn to step in to provide spiritual counsel and support at people’s place of need. “A pastor relates to a particular denomination [in Glenn’s case, Lutheran], but a chaplain is able to support anyone, no matter the denomination. Our job is to answer questions about life in general, but more specifically how God is involved in whatever it is people are going through. I’ll always be a hospice chaplain at heart.”

In particular, Glenn’s personal mission is to elevate chaplaincy as a discipline in healthcare to work as a spiritual advisor alongside doctors, nurses, hospital administrators and most especially patients and their families.

He underscored the importance of his role as a faith-based intercessor when an 18-year old young man broke his femur and seriously damaged his femoral artery in an accident. He was dying without a blood transfusion, which his faith did not allow. He was a Jehovah’s Witness.

While the medical staff looked at this patient from a strictly medical perspective, Glenn stepped in to keep the hospital from getting a court order to provide their prescribed treatment. “If he had been a few months younger, a judge would have granted permission to give him a blood transfusion and perhaps he would have survived, but he was old enough to make his own decision and we had to respect his faith.”

“When I came out from the trauma bay to the waiting room in my clerical collar, his father said to me ‘We don’t need you. We are Jehovah’s Witnesses, so thank you very much.’ But I told him I was the only person here who could support their wishes and help navigate the system. ‘I’m not here to convert you, but to support you,’ I said. At the end of the night, the father hugged me and thanked me.” Not long after, the young man passed away peacefully.

Helping people of any faith, or none, cross the final threshold between life and death is the role of a hospice chaplain. “There are places and experiences that just aren’t congruent with what I may think or I may believe, but it’s about respecting where people are,” he says. “As Martin Luther made clear, whatever your vocation, you do it all to the glory of God.”

Resting in faith and God’s promise

Reflecting on some prominent evangelists’ teachings commonly referred to as the prosperity or health-and-wealth gospel, Glenn believes they do a poor job of preparing people for the inevitable.

“Some of these television ministries teach that if your faith is strong enough, anything can happen. But we live in a broken world and there are things that we are going to experience that we can’t understand. That’s the nature of the world we live in,” he says.

He goes on to share his experience ministering to a family whose husband and father suffered a massive heart attack on his wedding anniversary. The doctors gave him a 15% chance of survival.

“I was called to the ICU to meet with the patient’s wife and two grown sons. The first thing they said to me was ‘He has done so much for God that God is not going to let him die.’ But there is a painful reality everyone must face. God is not going to let us live on this earth forever. So, what I do in those situations is to remind people of God’s promise,” he explains.

Glenn calls on scripture passages to help prepare people for what’s inevitably coming. Romans 8 is a powerful reminder of that promise.

“For I am convinced that neither death nor life, neither angels nor demons, neither the present nor the future, nor any powers, neither height nor depth, nor anything else in all creation, will be able to separate us from the love of God that is in Christ Jesus our Lord.” Romans 8: 37-39

As for what’s on the other side, Glenn says we cannot speak of what we do not know, but we can trust in the love and mercy of God.

“Jesus defeats hell through his death. I don’t know what hell is, but Billy Graham and many theologians define it as being anywhere God is not — a place cut off from God,” he says, and continues, “Many people are essentially going through hell on earth because they feel cut off from God. But the promise is that Jesus defeated all that through His death and resurrection.”

“I am the resurrection and the life. He who believes in Me, though he may die, he shall live. And whoever lives and believes in Me shall never die.” John 11:25-26

Confident in that promise of life after death, we believers need to get prepared for the inevitable end-of-life issues that each of us and our families will face.

First on that list is to talk about it openly with our family and make our wishes explicit in a living will. “Your final wishes come down to quality of life issues. You need to have that paper that states your final wishes. And it takes the pain of making the decision for a loved one away from the family,” he says, as he shares the experience of a family whose matriarch was hospitalized on a respirator and in much pain.

“The doctors came to the conclusion that nothing more could be done for her, but she hadn’t spelled out her final wishes,” he continues. “Ultimately the family had to make the final decision to remove the respirator. And for a long time afterward, they had the feeling that they killed her. You don’t want to put your family through that.”

Glenn also recommends that believers write their own obituary and celebration-of-life service as a way to think more concretely about what lies ahead.

“My funeral bulletin is already done. I will have a Polka Mass [Glenn leads the Heidelberg Brass Band]. I don’t want my service to be maudlin and depressing, but to celebrate the beauty that lies in store. I don’t really know what will happen beyond that and it doesn’t really matter too much to me because I have that promise.”

The ultimate end-of-life challenge for believers is to face it fearlessly and joyfully as we transition from one life into another.

“It is sad to see people clinging to life so hard. A more important part of faith is trusting in God to know what is best for us. Dying means something is even better coming – the best thing that we can imagine – to be with God, as Paul said in Philippians 21, ‘ For to me, to live is Christ and to die is gain.’”

Dear Heavenly Father, We believe in the power and the truth of Your promise made through Jesus Christ, our Savior and Lord, who said, “I am the way and the truth and the life. No one comes to the Father except through me.” Amen.